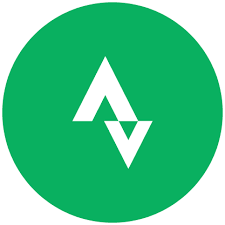 The 74th edition of the Axion SWISS Bank Gran Premio Città di Lugano was presented
“Great cycling returns to the Lugano streets dressed in the party dress” The 74th edition of the Lugano race to be held
was presented in the welcoming setting of the Lugano Casino
Sunday 27 June with departure and arrival on
the Lugano lakefront.
The list of registered riders did not reserve any surprises, with the confirmation of all the big names
anticipated in recent weeks.
In particular, the departure of the 5 WorldTeams has been confirmed – UAE, Ineos Grenadiers,
Qhubeka Assos, Bike Exchange and Israel Start-up Nation – to which will be added 7
ProTeams and 6 Continental Teams.
Among the most popular riders, in the UAE Team directed by Ticinese Mauro
Gianetti, we find Diego Ulissi, who defends the title won in 2019,
accompanied by Alberto Rui Costa, World Champion of the
Florentine edition of 2013, as well as 3 times winner of the Tour de Suisse, and the 18-year-old
Spanish Juan Ayuso, one of the greatest talents around. Filippo Ganna and
Gianni Moscon will be their counterparts in the Ineos Grenadiers squadron.
The race can be followed live with commentary from the first kilometer from
the facebook page of the City of Lugano Grand Prix and from 13:00 on
Teleticino, with which the organizer has signed a media partnership agreement.
Program of the day of June 27, 2021: